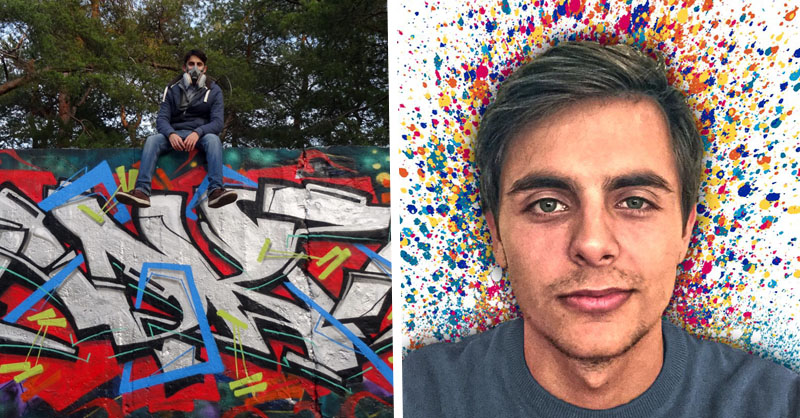 This article tells you how Doke started with graffiti, why he speaks English in his videos and who is his favourite YouTuber!

Hello Doke, how did you come to wall paintings?

I picked it from friends around the year 2007. Couple of classmates start with graffiti, so I joined them. My very first memories of graffiti are associated with my grandmother, she incredibly hated graffiti.

Well … destiny arranged that, and I finally started with painting and she was very displeased. But I haven´t done it of defiance. I just started claiming that I´m only doodling on paper which was not true. I started with tagging, everything around me was in danger 🙂 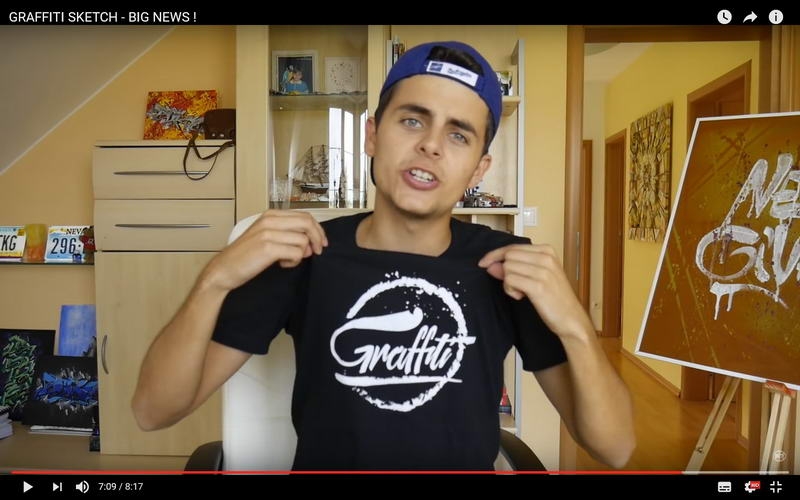 What was the moment that you can say WOW,  I want to make this art?

I honestly do not know.  There were super team of people around me who were interested in the graffiti which was the driving force in the beginning. Thanks to graffiti I met new people who are my friends ´till today. One of the best motivation is progress. If you see that every painting is better and better, it’s a great feeling that it´s worth it. Also slovak website ArtAttack.sk has been a great source of inspiration for us at that time. I will never forget how I attended ArtAttack Graffiti Battle in Bratislava where I sketch with names like Cawaii and Dano . 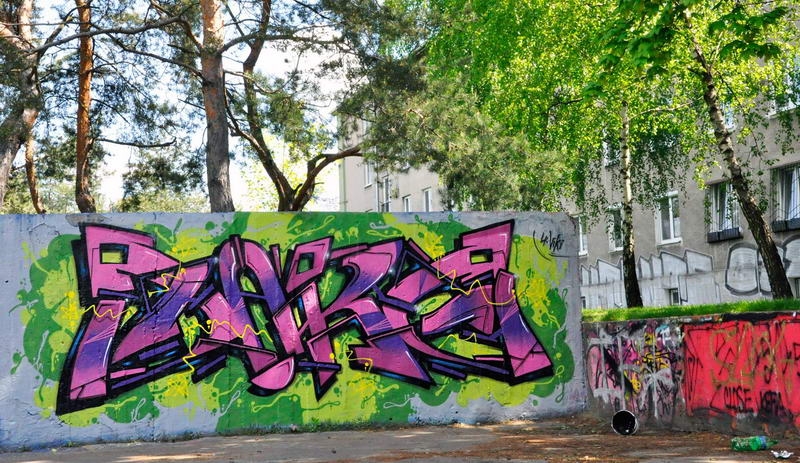 How did you start with YouTube? What was the initial impulse that you were going to try it?

I originally started with the idea because YouTube make money on pirated videos following the example of my friend. Yes I know, it sounds terrific 😀

At that time I didn´t think that it will turn in my own content in the future. But people around me ceased to be interested in graffiti. Only those really rocky remained. It wasn´t like the other day anymore and therefore I founded Facebook page where I started to post my own work. Finally I had a community of people who was interested in what I do again.

If this didn´t happened, I would probably have ended with graffiti for good. In addition to FB I got the idea to start over with YouTube. This time, however, differently. In 2014 I started shooting the very first graffiti videos which reached a pretty decent audience despite the shocking bad quality and edit. And so I continued. The beginnings were really difficult. Initial interest waned and I had to deal with how to re-start my channel. It is really frustrating when your video don´t reach even 50 views . Finally, I am today where I am and I am extremely grateful for that.

How long does it take to paint a sketch / piece and edit the video?

It depends on the complexity and colourfulness. Sometimes I´m able to spend 6 hours at wall. Recently I´m trying to make things faster. Painting takes me longer since I had to record myself. But I think I can handle it pretty quickly. So painting takes about 2-4 hours and then editing also takes 2-4 hours .

This applies in perfect conditions. It also takes me a lot of time to think up new ideas for videos and script writing. I used to edit videos about three days. Today, when I publish 3 videos per week I have to deal with it quickly. Video production for my channel is time-consuming and it´s often difficult to combine it with other activities, since I am also a student.

What do you think about legal vs. illegal graffiti?

It´s an eternal struggle. We all know that graffiti is based on illegal. But these days, living in 2016, we have opportunities like never before thanks to the Internet. My opinion is that everyone should do graffiti as they consider it right for themselves and others shouldn´t judge. But usually illegal writers don´t accept purely legal writers.

Of course they have their piece of the truth but not everyone wants to live an illegal life full of adrenaline and fear. But also full of great adventures. I dream that these two worlds will live in harmony one day but it won´t probably happen. I chose the legal path. Anyway, I support both directions.

Ordinary people tend to have a negative view on graffiti and I don´t blame them. I often meet with older bystenders who like this, when painting on legal wall. Once came to me about two 80 year grandmothers. Of course I was expecting some negative comments. I was very surprised when their comments were positive 🙂

What do you think about Slovakia graffiti scene?

I think that after weaker years it’s starting to come alive again. For me are Slovak roots in graffiti connected with crews like RCLS, Mutants or reborn PFK . Many people from the old school now paints only legally and make it really great. I would even say that they do it at a level that can compete with the world’s leading graffiti artists. We can not be compared with Germany for example, where the graffiti has completely different position but I think we don´t have to worry about the Slovak graffiti next years . It would be very helpfull If we have more legal walls and more events for graffiti community. 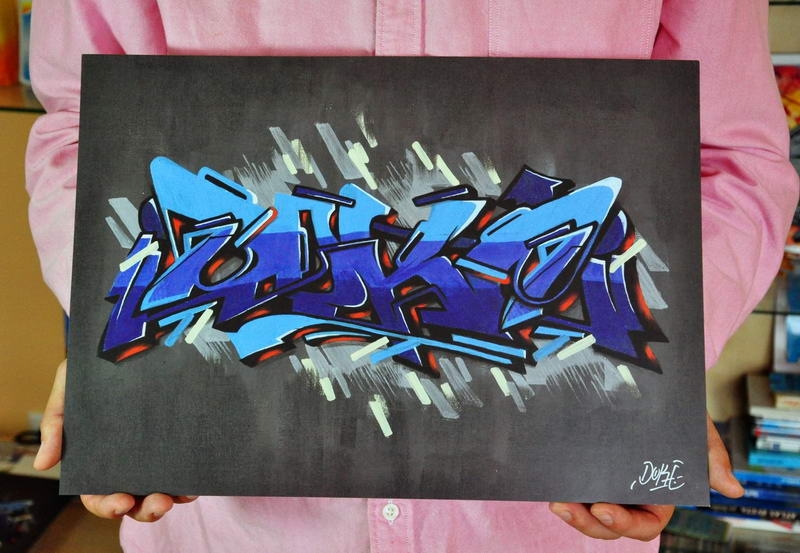 What are your YouTube designs that are the inspiration for your work?

My favorite YouTuber is Casey Neistat. This man just rocks! I learned from him a lot about video editing, storytelling, especially about the motivation and hard work. I watch his videos every day.  From Slovak community I enjoy work from PPPetera  but he´s not a model for me. He creates a completely different content. From the Slovak scene I respect several names. But I am more into people from the graffiti community. I mention names like Does, Madc or Slovaks writers Kaisy, Chlor, Smart and Lepak . 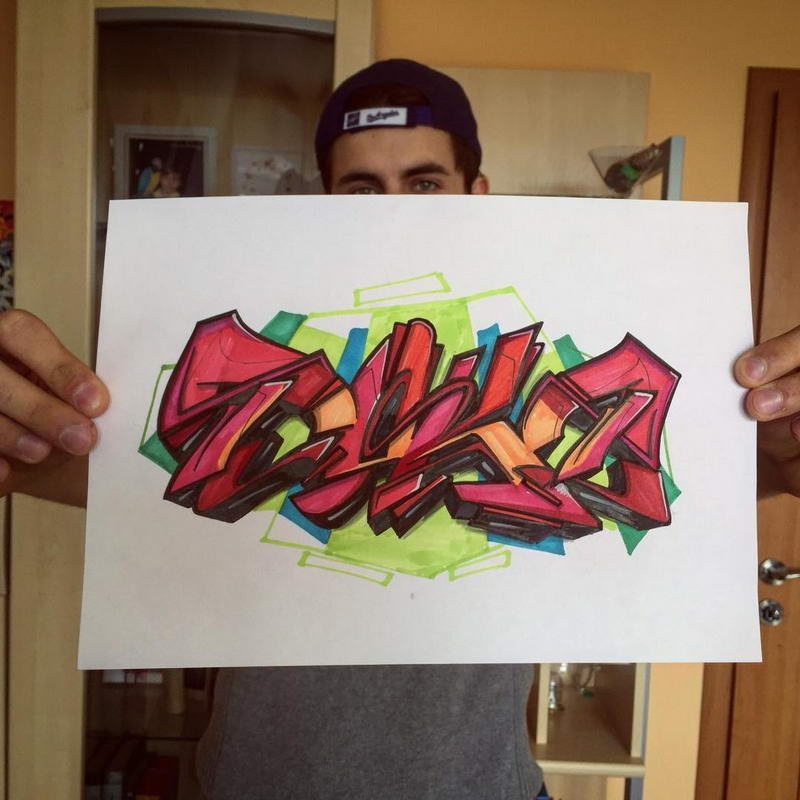 You are often faced with this question from slovak and czech audience – why you’re making vlogs in English?

The answer is very simple. Graffiti community in our country is small and making videos only in Slovak language would be limitated. So why should I throw away the opportunity to reach the worlds audience? Another reason is that I will for sure use these english lessons in my life. It´s great to have training presentations and talking in english language.

What future plans do you have for your video publishing? Do you plan to start with playing video games or something like that?

I plan to stick to what I do currently. I would like to enrich my content with things that are not related only to graffiti. My goal is not to make videos purely for graffiti community, I would rather like to graffiti approached the ordinary people.

I am definitely not going to try games. Not because I don´t like the gaming but my preference is graffiti. That’s why the vast majority of my audience found me. By the end of the year 2016 I aim to reach 25,000 subscribers on YouTube and I strongly believe that I manage to meet this goal. Then the next year (2017) ´till the beginning of the summer I would like to conquer the limit 100,000 customers . Let’s see if I can meet even this target. I´m also starting a project which will cover my e-shop. But at this moment I would just keep it to myself 🙂 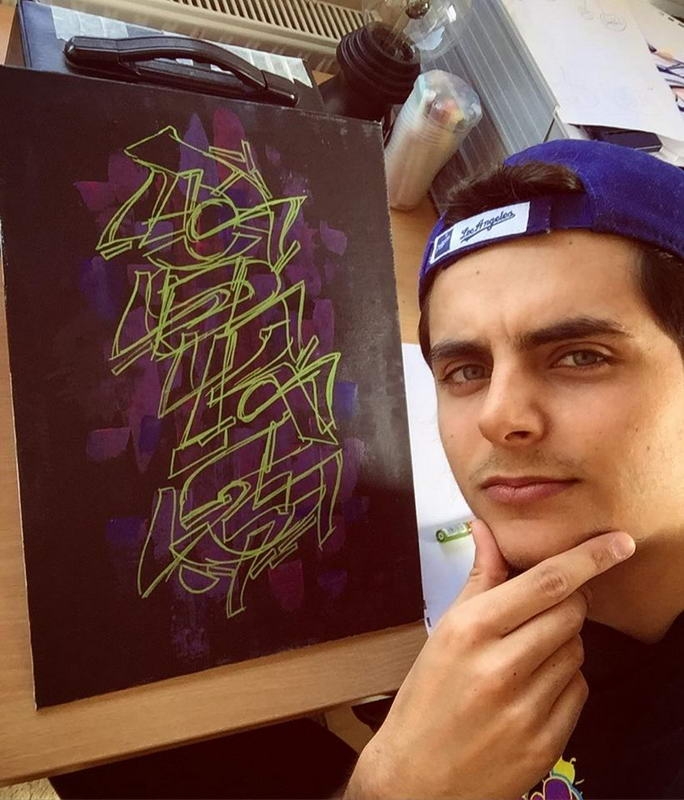 Doke, thanks for the interview and your time 😀

Help Doke to meet his goals by subscribing to his YouTube channel DokeTV . 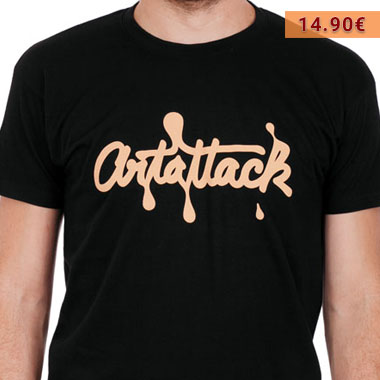